One of Caterpillar’s founding fathers was recognized this year for his ingenuity and entrepreneurial spirit with induction into the National Inventors Hall of Fame. At a news conference in Washington, D.C. in February, the Hall of Fame announced it posthumously awarded Benjamin Holt for ushering in the modern era of mechanized farming and construction with his “Traction Engine”. The 2006 Class of Inductees also included inventors of the Railroad telegraph, Coaxial cable, Internet Protocol (TCP/IP), the Dissolvable pill, Arc lighting, GORE-TEX fabric, the Rotary press, the Intravascular Stent, and Fiberglass, among several others. Each year, the National Inventors Hall of Fame seeks to honor the men and women responsible for the great technological advances that make human, social and economic progress possible. This year, it was our turn.

Benjamin Holt’s invention was inspired by the plight of California farmers who found wheels ineffective in preventing heavy equipment from sinking into the soft, muddy soil of the Stockton Valley. Holt designed a track-laying system to disperse weight and provide better traction, producing the prototype of the first practical track-type tractor in 1904. The photographer, who documented one of its first successful tests, dubbed the machine the “caterpillar” inspiring the company name and launching the Caterpillar brand.

The Holt Manufacturing Company (of Stockton) merged with competitor, C.L. Best Tractor Co. (of San Leandro) in 1925, forming the Caterpillar Tractor Co., predecessor to modern-day Caterpillar, Inc. Used extensively in the U.S., French and British armies in WWI and WWII, the track-type tractor was used to haul men and supplies across the battlefield. From 1914 to 1918, ten-thousand Caterpillar tractors were made by the Holt Manufacturing Company and other licensed manufacturers for use in WWI. It was one of the inspirations for the British tank design, which altered ground warfare tactics. At the end of WWII, Admiral William F. “Bull” Halsey, Commander, Third Fleet, touted that “the four machines that won the war in the Pacific were the submarine, the radar, the airplane and the tractor-bulldozer”.

Today, Caterpillar is beginning an internal inventor award program, recognizing engineers who acquire 15 or more patents in the course of their Caterpillar careers. Caterpillar has more than 3,800 inventors who have contributed to more than 6,800 granted U.S. patents for Caterpillar, with approximately 1,200 U.S. patents alone granted within the past five years. For 80 years, Caterpillar has helped build the world’s infrastructure and is driving positive and sustainable change on every continent with the help of its worldwide dealer network. Today, Caterpillar is a technology leader and the world’s leading manufacturer of construction and mining equipment, diesel and natural gas engines, and industrial gas turbines.

Pictured: Benjamin Holt got his start, along with Daniel Best, in California during the late 1880s. In 1925, their two companies merged to form Caterpillar Tractor Co. with facilities in San Leandro, Stockton, and eventually, Peoria, Illinois.

Holt's first track-layer used on a field test near Stockton, CA in 1904. The new machine was used primarily for pulling agricultural implements. 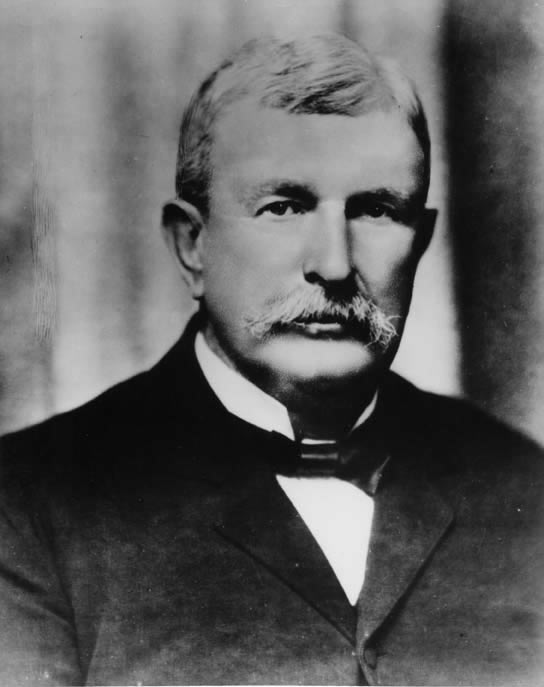 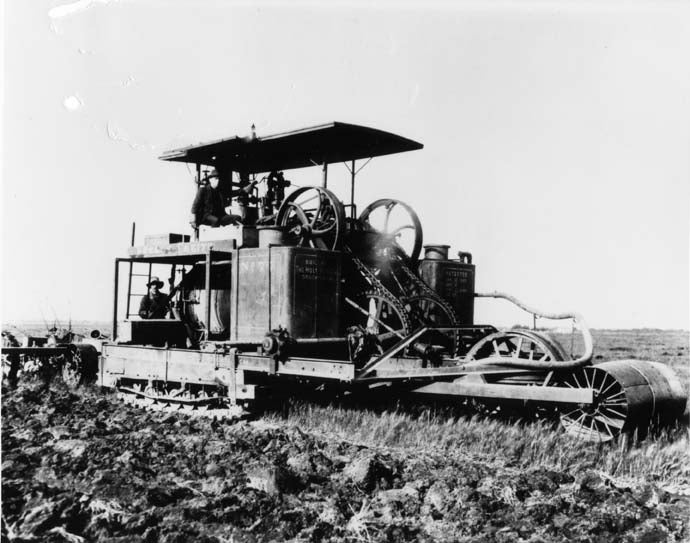 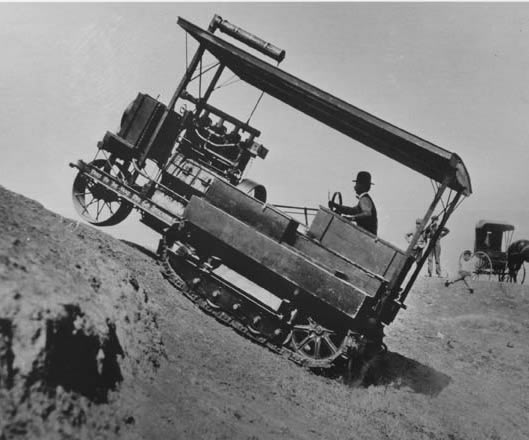